ORANGE BEACH, Ala. (August 5, 2021) – As part of the So. Much. Summer. series, The Wharf and Birmingham-based Buffalo Rock – Pepsi annonuced a $10,000 donation to Alabama Credit Union’s Secret Meals for Hungry Children program, which provides non-perishable meals to Alabama children on the weekends throughout the school year. Various representatives for The Wharf and Pepsi presented the funds at a check presentation held Wednesday, August 4, at the final 2021 Pepsi Treasure Hunt for Hunger.

From May 31 to August 8, So. Much. Summer. includes recurring events each night of the week aimed to provide free, fun activities for the entire family. Wednesdays featured the Pepsi Treasure Hunt for Hunger, where children completed a scavenger hunt for prizes from Pepsi. This year, The Wharf and Pepsi teamed up to add a charity component to the happening, agreeing to each donate $5 for every child that completed the hunt to the Secret Meals program.

“Contributing to the mission of the Secret Meals for Hungry Children program is a privilege as we hold a deep appreciation for the impact it has on our communities,” said David Miller, Buffalo Rock Senior Vice President Customer Strategy, Marketing and Brand Development. “We’re grateful to have been able to partner with The Wharf to help support the families and children of South Alabama.”

Approximately 2,500 students living in Alabama and Northwest Florida are receiving Secret Meals food packs for the weekend. Many children rely heavily on free and reduced meals while at school. However, the weekends create a nutritional gap leaving many children hungry when they return to school on Monday. It cost approximately $140 to feed one child for an entire school year.

“We are thankful for the opportunity and partnership with Buffalo Rock Pepsi and The Wharf to raise awareness of the Secret Meals for Hungry Children program and our mission to decrease the number of children facing hunger over the weekend,” said Nicole Martin, Alabama Credit Union Community Involvement Coordinator. This donation will allow many children in South Alabama to focus on learning and interacting with others while in the classroom, and not to worry where their next meal will come from.”

Each food pack contains two breakfasts, two lunches and two snacks. All items include pull-tab containers, straw-penetrating juice boxes and bite-sized crackers. The items are child friendly and vitamin-fortified. Best of all, the food packs are 3.5 pounds and can be easily carried in their backpacks.

“When we were planning this year’s summer series, we knew we could utilize these events to not only bring joy to tourists and locals but use them as a platform to make a difference,” said Sheena Mizell, director of marketing and public relations, The Wharf. “We wanted the organization we chose to line up with the mission of The Wharf’s Anchor Campaign — ensuring the strength, safety and security of families in our area — and Secret Meals was the perfect fit. We’re excited about the work they are doing to fill the gap for Alabama children and are proud to support them in their efforts.”

The Wharf’s Anchor Campaign has donated more than $79,000 to local nonprofits and organizations along the Gulf Coast this year.

If you are interested in making a donation to Alabama Credit Union’s Secret Meals, visit secretmeals.org. To learn more about Pepsi, visit Pepsi.com. 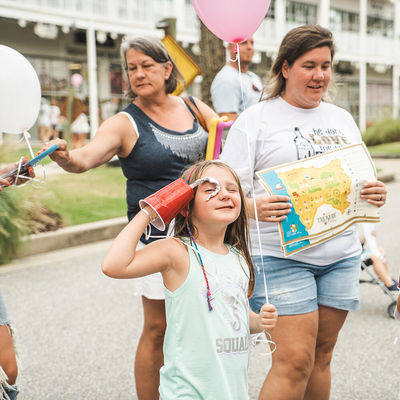 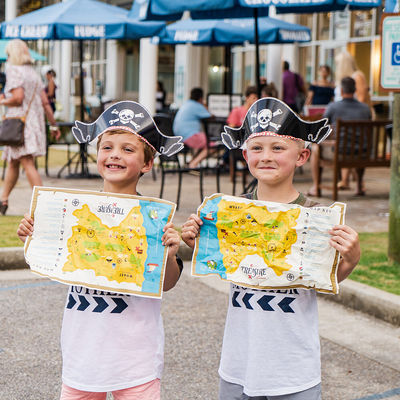 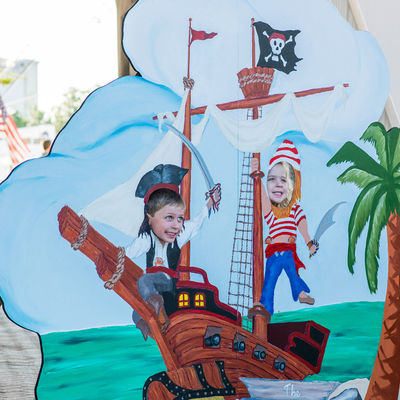 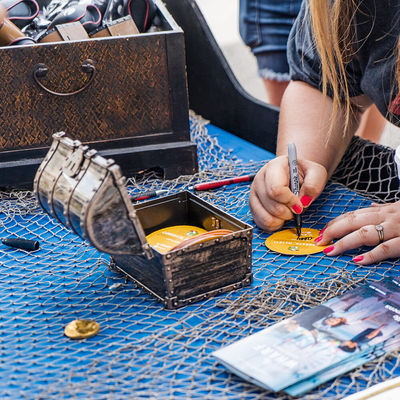